One Year Anniversary With My Love! 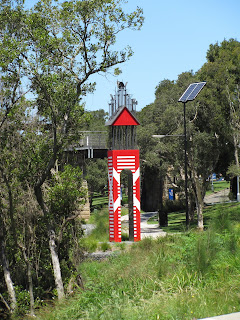 Last Sunday 21st November 2010 was the one year anniversary of my love and I. This day was a very long time coming and it was hugely momentous for both of us. There actually is a bit of a story behind to why it seemed to take so long to get to....So here it is...

Both of us met a number of years ago through mutual interests that we were into. The first time we went on a date and started going out was in November 2006 which is four years ago. Since that time my honey was dealing with a few different things and broke it off with me. So we were on and off for quite a while because of this. To cut a long story short the ground-breaking break-through day was last November where we went down to the Nan Tien Temple near Wollongong to have a look. We'd both been wanting to go there for a long time so a day trip was decided where the actual day was so hot and steamy. I was meaning that temperature hot and then my love realised that life was better with me being around.

From that they on it was amazing because there was no surprise break~ups from my love after 3 to 5 months. We had both come a long way in a lot of different areas and really did appreciate one another like nothing else. My love for my honey had never changed over the years and it 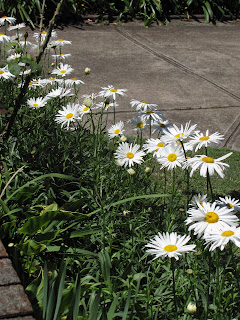 has been like a dream come true. I love sharing my life in every single way and every single day. Even the smallest of moments to the big huge ones of this year. Words cannot adequately describe all my thoughts and feelings. Yet I know for the first time since I was diagnosed with Asperger's Syndrome that this is the first adult and mature relationship that I've ever been in. What means a lot to me is the person who I am with loves and accepts me for me no matter what. Also is totally on my side only wanting the best for me. That is also the same for my beloved honey as well.

On Sunday we were both tired and slept in for a bit which was nice. We went to a resturant near Parramatta River only to discover that we were too late for lunch yet could have lunch. We ended up having lunch then had a walk by the river for a little bit. It was quite a hot day and to get indoors was so nice and cooling. My love was knackered and needed some time alone to rest so I had to leave. Yet the time that we did spend together meant so much to me and hopefully next year we can spend the whole day together. So a very happy anniversary to both of us...A huge big YAY also!!!!!!!
Posted by Megzz at 11:04 PM 1 comment: