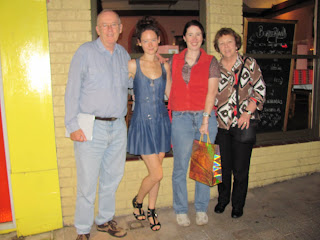 not blogging sooner... I had trouble accessing my account for a bit....
Imagine a November thirty years ago in Western Australia. Kalgoorlie was the place way back in 1981 where my family was living. Because of my Dad's work we had to move way over east to Sydney to start a new life in a sense. My brother and I as young kids did not realise the full impact of the move until we got there in New South Wales.
We all left our friends and some family over there while we set of on our huge trip. Across the Nullabor plain, through SA, Vic and then to NSW with two kids and a dog who used to fart a bit in the car.When the dog farted all the windows came down with all our noses nearly dying from the smell. My parents were very brave taking this on this enormous trip. Anyway we all survived the trip.

Upon getting to Sydney we all had to learn to adjust to the life here. My brother and I both started school the same mon 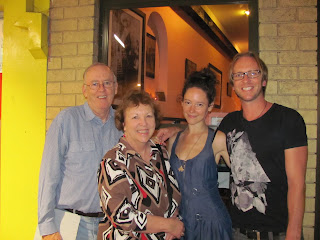 th we came to a smaller school of about 14 students from 400 odd students. We also had a much smaller house which was right next door to the church which was interesting.

For me the great feeling of homesickness came over me very early and I think that was because I was older then my brother. Nearly every night I used to cry for WA and wished I was back there. I'd also wake up in the middle of the night and read book until the early hours of the morning. My poor parents were trying to reassure me that we were only going to be here for about 3 to 4 years at most and then Dad's work will move us again somewhere anyway.

Around the time of the anniversary all of us including my brothers girlfriend went to a Mexican restaurant for a meal to celebrate this important time. It also had really good food.
After that meal we were all full up and couldn't eat anything else.

Yet 30 years later we are all still all in Sydney with a lot of time gone underneath the bridge. I still miss WA all the time and try to go back there every chance I get. Last time I was over there was about two years ago and i 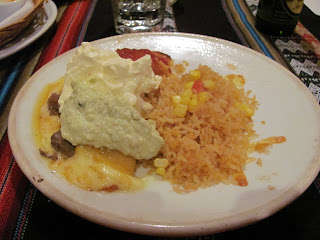 t's been the most visited Aussie destination to me over the years. There is always one thing for sure that I still consider myself a real Western Australian at heart.... Even 30 years later.....
Until next time...... See you later.....
Posted by Megzz at 11:14 PM No comments: