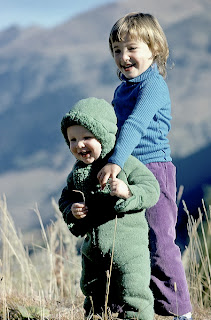 hen I was a kid I looked up to my parents so much. I thought they were the best people ever since sliced bread. They were fun, lovable and eternal...never growing old. My brother and I always had heaps of fun doing family activities with them and our pet dog Keleb. She was the most beautiful dog ever which we all loved! Sure we had a few other pets along the way yet things happened to them.

When my brother and I were teenagers then the dynamic changed for all of us in the family in a lot of different ways. I'm sure in some ways that happens in most families when the rush of young adult-hood start to come in at full force. It was then the parents became a bit uncool and daggy especially for my brother yet me as well I suppose. We noticed that there age was older slightly compared to ours and that they were getting a few hairs here and there which was a bit whiter. My Dad's black beard now started to have white speckles in it...Yet I didn't pay much attention. 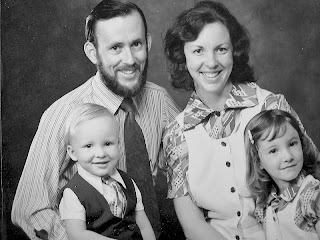 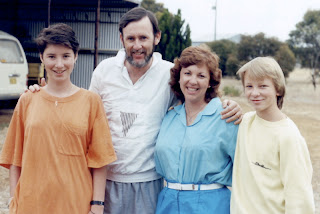 As the years progressed to the twenties and oncoming thirties for my brother and I life was still going. We noticed when the last of the Grandparents had died off that "Hey we are all mortal and time is limited." For me after seeing my Grandfather die and then a couple of years later my once strong and sprightly Grandmother go so downhill was a bit of a shock to the system. It was like time had caught up with them.

One Saturday years ago I'm pretty sure it was I got contacted by my Mum to say Dad was in the local hospital with a minor stroke or TRC?! or something. It was like a wave of shock swept my body and I couldn't believe it. "My Dad's healthy...Nothing EVER happens to him!" were some of my thoughts.
Going up to the hospital and seeing Dad lying in a hospital bed was a jump-start to the system. It was like that he was human and living after all. Yes it may be a strange way to describe it yet that's how it felt. I looked at Dad differently after seeing drips in him, hospital gown etc....

Now the most recent part of the story which is a couple to three weeks ago has come up that has been like a real kick in the guts and wake-up call in a few ways. I'm not meaning kicking literally yet it's been like a real big surprise. One day I get a phone-call from my Dad late in the afternoon talking about getting ready and planning for retirement type of plans and other such stuff. Quite a lot of it was pretty meaty and life changing for everyone. I don't want to go into the details yet it has made me realise that they are growing older and that one day they will die. I also started thinking about my future and quite a few issues there as well. The phone conversation ended with Dad yet during that week I had a co 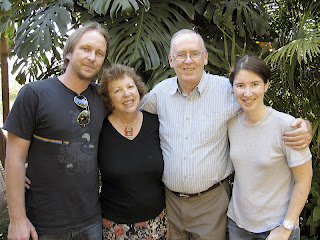 uple of phone conversations with both parents.

I found myself having quite a lot of questions like 'How to deal with older parents?', 'What will happen in the future?', 'What happens when they die?', 'How old will they live until?', 'What will happen to the family?', 'What if they don't get Grand kids?' amongst numerous other questions which I found confusing..... I started thinking about my ex and the wisdom that was possessed there. Of how my ex's parents are quite a bit older or ten to fifteen years older than mine and my ex knows how to deal with things like that. Even though there was a misunderstanding a couple of months ago I still needed to talk because I still trust my ex with deep type of issues. The reason being is because there was a great understanding and acceptance between the both of us. We could talk openly, freely and honestly about anything and everything. So on a Saturday I'm sure it was after careful thought I rang and got the answering machine which I left a message on to call me back. I waited for a couple of days and no reply so I started getting worried and sent a text message. A day or so later no reply one last

text. I don't know what happened there yet that's another thing. Since them I've been left with a very heavy weighed down feeling.

I've got no-one who really understands to share it with and it is really hard for me. I've got all these different thought feelings and emotions about a whole lot of different subjects etcccc...... Yet there is no real way of expressing it. I got an email on my Facebook from a a friend of mine about a week ago saying something like "I haven't heard from you in a while...You've been quiet... Are you OK?'

As soon as I read that it deeply touched my heart and I do have to reply to her. With my Aspergers at the moment some major thing have been happening in my life and around me and it's like my world is in upheaval in some ways. A lot of new changes and things going on. Back to being quiet....The reason why I haven't done a post in a while is because I've had no real idea about what to say about what has been happening. Sure it may be all good for average people yet for me it's 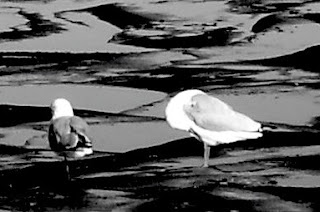 If anyone has any ideas or comments about this post it would mean a lot to hear back from you where-ever you may be.

I hope that you can try to understand this latest chapter beyond my book "My Life With Asperger's" yet there is still someone living after the book who is still a living being and human like everyone else. I wish you a great day!
Posted by Megzz at 11:51 PM 1 comment: