Yesterday was a tumbler of many different emotions and feelings for me in a lot of different ways. The night before I had trouble sleeping and couldn't get to sleep until about 3am in the morning. Next thing I knew was that my mobile phone alarm clock was waking me up at 5:27am in the morning so I could watch the Olympic Opening Ceremony. Turning on the television in my room  I saw that the actual ceremony didn't start until nearly 6am which annoyed me a bit. Yet when  it did eventually come on I was absolutely transfixed and mesmerized for the next three to four hours. I laughed, cried, cheered and smiled all the way through it as well as getting few text messages from a friend of mine who was also watching it. So we were both early birds watching the dawn of this new Olympics starting before our eyes. 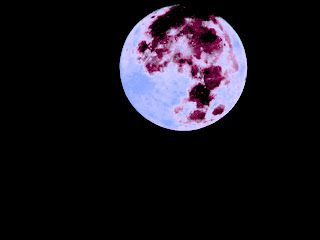 We then organised to meet each other down at Dee Why beach at 10:30am for a coffee  and a catch up which we hadn't done in a while. Without a chance on having a bit of a rest I drove down to the beach found a parking spot then met up with Petra a friend of mine. I was only expecting to be down there for about one or two hours then go back home to  do some washing. Yet as it happened after a Chai latte also water for me and two coffee's for Petra there were more things to do. A mutual friend of ours invited Petra to meet her at the local RSL club and Petra said it was okay for me to come... so we did go there. So anyway over the next couple to few hours we talked a lot about different things and I was starting to feel jet lagged because of lack of sleep. Jean and I also had some lunch quickly which was good. I find that when there is a lot of talking to people for a long period of time very tiring without a break for myself. I'd also made rough plans to stay the night at my parents. So I bidded adieu both to Jean and Petra got my cap from the reception  and walked to my car. I remembered thinking to myself that it would be funny if for some reason I had to go back upstairs to them. As soon as I hopped in the car I got a phone call from Andrew another mutual friend who was in two minds about coming down to the club. We talked and he said he'd call me back in the next five minutes or so. So as it happened I ended going back up there saying "Long time no see!......" to them both.

Their surprised faces said it all then I explained to them about Andrew could be coming down. Andrew called back and said that he was going to come down after all for a couple of hours. So about 5 to 5:30pm another mutual friend Amber came down to join us all then Andrew came not long after. Thoughts started for me to contact my parents and let them know what was happening to me. Calling Dad I said that I was running late and  tried to be there by about 8pm, if plans changed and I would let him or mum know by calling back. There were more drinks being bought yet I felt happy with the two midi's that I had over the past few hours because I knew I had to be driving later on. Sure it was good that more people came along and they say "The more the merrier!!" Yet for me it's a tad more stressful with me having Asperger's in more social interactions, talking, communicating, conveying your thoughts, asking right questions, trying to look at body language, different personalities, people having drinks, making different decisions, trying to think and work out things, keeping track of more people and where they are, trying which conversation to follow in such a big group, amongst a few other things I can't remember at this stage. With me feeling more and more jet lagged after having about two hours sleep also not having a break to myself for a bit was getting to me. 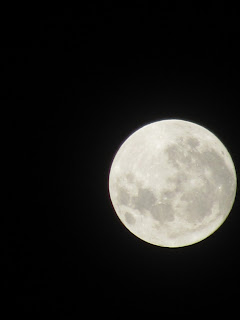 Anyway Jean left and Amber walked out with her so she could catch a taxi. Then we got word another mutual friend was coming down as well so it all was happening. At one stage for a few minutes I found myself trying to see where Amber had got to as well as Petra got to in two different parts of the club and also looking after Andrew as well. By this time my stress levels were getting quite high because I needed to ring my Mum yet I had run out of mobile phone credit and nearly all phone battery. I borrowed Andrew's phone called Mum let her know what was happening with a change of plans. Because I was getting more tired Mum thought I had a few drinks when I didn't and explained it to her. She understood and we made plans for me to come up the next night instead. After the phone call I had a huge sense of relief and felt more relaxed. About half an hour later I got the two groups back together where Betty also showed up as well. More talking ensued  for quite a while then Andrew ended up leaving a bit after 8:30pm to catch up with his Mum. By this time a lot more people were about because a Manly and Warriors rugby game was going to be on the television's there a bit later on. So the remainder of the group ended going to another part of the club in the smokers area on the seats there.

Throughout the rest of the night I had two glasses of sparkling wine an quite a few drinks of water. A few more people flitted in and out where we all were catching up with one or two people in the group. We all went inside listened to a bit of the band and saw Manly win the game by only a couple of points. More conversations flowed where I found it more confusing because of my tiredness getting worse. During the course of the night a few things were said which really made me think about a few things which I hadn't done in a while. Also with me driving I was thinking more about going home to my safe bed to rest and for some much needed quiet time after such a big day. We'd also been going backwards and forward between inside and outside seeing what was happening. I also had a bit of a dance with the band playing which felt so refreshing. At this stage the people had dwindled away to only three of us where I said adieu and left. Upon getting home I was so extremely happy to walk in the door where it enveloped me in it's quietness as well as peace. I got ready for bed then hopped in so I could watch the Olympics for a bit. Yet I found even though I was so exhausted that I couldn't relax because it was such a big day in so many ways. Turning of the television I found myself tossing and turning until about 4: 30am in the morning which was nearly 24 hours since I woke up. For me writing this the night after I am still totally exhausted. I have taken things in and slowly working out the whole day and night. Also that I have to be careful in the future with not to get to overloaded by social interaction. Sometimes it is such a fine line yet I still find myself learning new things. So I bid you adieu until my next blog post....
Posted by Megzz at 9:45 PM No comments:

In April I went to the Easter Show in Sydney with friends of mine Darren and Jacquie. That day we saw a lot of different things including baby animals, different pavilion's, food and of course a few fun rides...  I also had 3 or 4 'Cheese-On-A-Sticks' which are my favorite things of the show. We went on my brothers birthday and that night Darren and I went to see a rugby game with Manly at Brookvale Oval. So it ended up being a busy yet good day. I'm including as many photo's of the day to try to capture the feeling of the day. Here they are...


Wow... At last I've remembered my blog password again... Or more-like I have had to reset it again. Over the past couple of months I've had a lot of things going on and have not had a chance to do any posts.... Yet now I aim to catch up chronologically quickly now on what's been going on...

Well April was my brother Cam's birthday where he came up with his girlfriend to meet up with my parents as well as myself for the afternoon. I arrived a bit later after lunch because I didn't realize that it was a birthday lunch. Doh about that... For his presents from my parents he got Mexican themed presents which he liked. He also got a book and another thing from me also. I'm including a few photo's and also a video of the  afternoon...