Four Birthday's In One Day.

Saturday the 13th of Aug 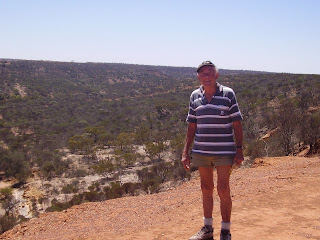 ust was really interesting for a few different reasons. It was a day that four birthday's coincided in one day form the ages of 3 years to 81 years of age. So there was a massive age range of about 78 years which is nearly a lifetime and a half. It wasn't until that night that i discovered that here were actually four birthdays of people I knew. Yet only a few days before when I only knew about three birthdays on one day.

The people whose birthday's on that day were my Uncle Dave who is my Mum's older brother turning 81, then Darren May a friend of mine from primary school who is 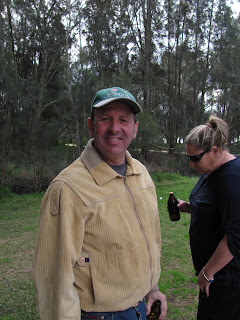 in his 30's, my parent's next door neighbour's kid named Sally who is between 7- 10 years old and a friend of mines kid Ryan who's turned 3 years old.

So with Darren and Ryan it was a kind of combined birthday party at a park on the shores of Narrabeen Lakes. It was an afternoon of small kids running about riding bikes and having fun. Although their were a few childhood disagreements from the birthday boy and his guests. Their were quite a few adults there and a barbecue lunch with steaks, sausages and different salads and bread. Not to forget drinks of soft drink, beer and wine that basically covers it. Also they had some lollies and sweets as well. They also had my very, very favourite party treat which was CHOCOLATE CRACKLES!!!!! After having two in quite succession after the main lunch my poor stomach was starting to turn quite a bit. It reminded me of my own childhood days of how I couldn't have that much sweet food otherwise I'd be literally sick. I don' 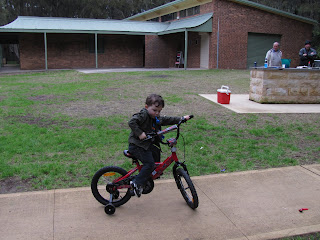 t know why that is the case yet I'm always really sensitive to sweet food.

They also had two birthday cakes for the birthday boys which was interesting. After the end of those few hours I was freezing and glad to get home after dropping of a couple of people. The next afternoon I went to Darren's mum house for a bit more of his birthday celebration and this time had some of his cake. With his Mum and relatives we were reminiscing about the old times when we all first knew each-other. Oh how the times had changed and the years flown by...... Yet it was a good couple of days of birthday celebrations....
Until next time..... 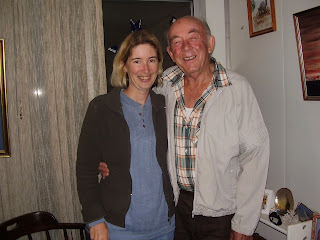 Dad And A Movie About A Dog 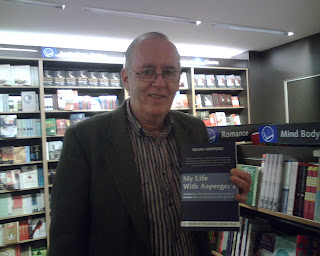 Last Saturday was a interesting day. I went up to my parents because I wanted to have some bonding time with my parents yet most of all with my Dad for once. It was an afternoon with my good ol' Dad and a dog movie. It was an Australian movie called "Red Dog".

Upon entering the cinema we noticed that there were a lot of people there also. During the movie there were a lot of laughs yet it was very moving as well. Of how a dog can have unconditional love, friendship and mateship. It was how an animal can touch so many people and also how an animal can still be loyal as well. An intelligent dog who doesn't forget. I could relate to the dog because I'm loyal to my friends and I have really deep feelings as well. I don't want to give the plot of the movie yet it stays with you long after seeing it. In the movie their were also a few tears which was nice. In one part of the movie there was a man nearby who I saw had 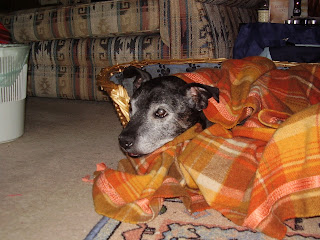 tears in his eyes as well.

So it was a movie with a true Aussie heart and how animals or most of all dogs can move people onto a different level of feeling. My Dad was also moved by the movie as well which was nice. Seeing the movie with my Dad meant a lot to me because it was an important bonding time. I often do quite a lot with Mum yet not much with Dad. The last movie I saw with Dad was "Avatar" which was a year or so ago. So to have father and daughter time was special considering the past. When I was a teenager and young adult I didn't even want to be near my Da 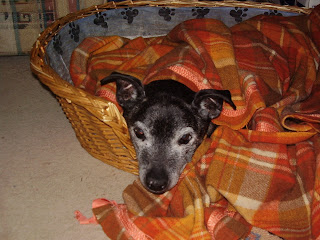 I've also included an picture of my Dad and also our families old dog called Tess. She died a couple of years ago and she was very well loved and cared for until about 16 years of age I think.... I still miss the poor old dog because when my parents were away I took care of her also. She was such a beautiful natured dog who I loved and still love and miss. Her grave is in my parents garden as well so she is still close by in some respects.

Also including a link for the movie "RedDog" information: