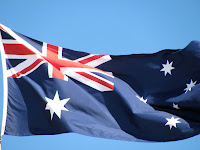 After five weeks of feverish activity on both side of the two main parties Labour and Liberal who will win? Julia Gillard or 'Mr Rabbit' / Tony Abbott or someone mysterious other figure will win? Phrases and words like 'Pressing the flesh', 'Kissing babies', polls, electorates, promises, fake smiles, empty promises, Mr Rabbit, Redheads, budgie smuggler's, woman/female prime ministers, etc...

I have already voted at about 9:40 am this morning after waiting in line for about 15 minutes at the local public school. The school happens to be in the home electorate of Mr Tony Abbott/Rabbit the bustling budgie smuggler fitness fanatic....wannabe prime minister. Was said or seen to bee down at Manly beach this morning catching up with one of his daughters who he hadn't seen for the whole of the election campaign. She was in Indonesia for that time doing whatever she was doing over there. Good ol' Tony the man was at the local rugby oval yesterday rubbing shoulders with the press and doing Manly things.....Yes a little play on words i do admit yet isn't the time when all the wordsmiths have been hard at work following the trails or trials of the candidate's... Later that night having a light shandy beer at some establishment in Sydney.

Ms Julia Gillard, Atheist and first woman prime minister out in the western suburbs at a club having a schooner of the dark brew beer no less.....enough to put hairs on your chest even if your not a man. The 'liquid bread' meal good for the voters there. There was talk on the net with what Gillard would look like wearing a bikini compared to Abbott. Some of the comments were interesting to say the least....yet I will not repeat them. Who during an interview a few days ago said "Excuse me while I have a Slurp of my tea..."

So the two main people stand before the public today as we have our national right to vote. So now we seem to know just about everything about these people who have been networking their ways over this great country of ours criss-crossing all boundaries and states. Shall we go through the ultra Catholic Shandy swilling Tony 'Mr Rabbit' Abbott or the dark brew beer drin 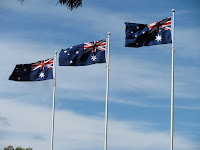 king woman prime minister Julia Gillard. There is so much more that I can say yet I choose not to yet it is said to be a very close and high tech election where history will be made whatever way the blade falls.

Myself personally I've been thinking instead of the Australian Sex Party...that I start one supporting the underdogs......the forgotten people which need to be remembered and a helping hand up to achieve their goals in life. Today as I voted I had a heavy heart because Australia seems to be dealing with some major issues with no easy answers in the soon to be future. I had to remind myself that I am lucky in Australia because I am able to have a free vote for who I want. That compared to other countries Australia is the lucky country where people are that desperate to come that they come in boats to our rugged shores. For me and having Asperger's election time is always puzzling for me as the signals to really read what people are saying is a thousand more times harder to read than in everyday life. My mind is overloaded by all this information which is cryptic with all the riddles of what is really being said....What is really going to be done etc.... My fellow Australian...my fellow voter (For those in the world old enough to vote) ....my fellow human being (for those outside of Australia)....as the votes are cast today I hope the right people will get in who will do the best job for this country. Foreseeable it is not yet but whatever tomorrow holds....we have to remember that we did the right thing within our hearts. I pray that whoever gets in that they will realize that "All power is a trust!"
Posted by Megzz at 10:48 AM