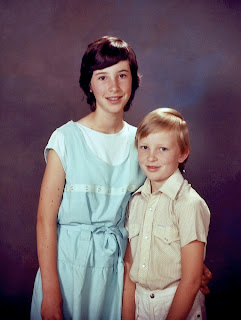 Twas my brother Cameron's birthday on Saturday 9th April. On that day I didn't get to see him because he was away with his girlfriend Rachael doing romantic things. So I did what I normally do on birthdays and that is ringing him up singing "Happy birthday to you......etc."

What was funny this time I was walking around a DVD shop trying to choose a DVD to hire. It felt strange not seeing my brother yet just to talk to him meant a whole lot to me. Yet over the weekend we all decided to meet up on the Monday night to meet up in Glebe for dinner. The menu of the night was Mexican at "The Fajita Sister's" which had a wall of pain even! Not what some of you may be thinking yet referring to the range of heat of their different chilli sauces.

For a Monday night it was packed out and the staff mucked up our reservation for a table of five so we all squeezed into a four seater upstairs which was quieter. We all managed to hear ourselves really well even though I was touching knees with my brother and the table. 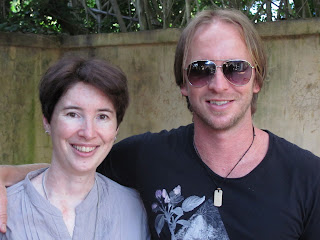 After that we still decided to have a Spanish type of flavour and walk to "San Churro's" down the road and had dessert there. Although Rachael My brothers girlfriend had a mint flavoured very sweet hot chocolate. Instead of walking out of there we all nearly rolled out with everything that we ate. Outside near my parents car birthday presents were given yet I couldn't give anything to my brother as of yet but told him I'll give him something next time I saw him. The reason being is he's a bit hard to buy for. I also did take a few photos that night yet haven't uploaded them yet onto my computer. 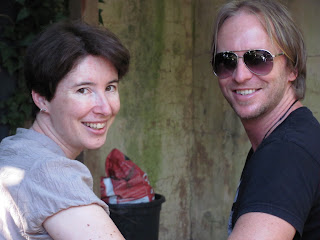 others birthday. He's changed a lot since we were little kids and gets embarrassed when i want to give him another hug "Goodbye". But the way I see it is he's my brother and I love him a lot. I also feel that it is really important to show the people you care for them because you don't know what is going to happen in life. But for my brother Cam... I wish you the best year yet and having loads of fun times with Rachael!! Farewell for now all!!
Posted by Megzz at 11:51 PM