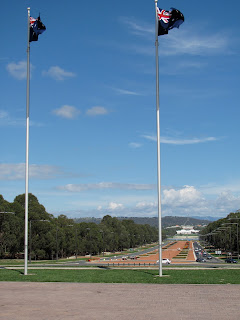 The word cup is still on and Australia has been knocked out of the game. Also there are other sad losses for other countries who have been snuffed out also. So in the next couple of weeks the matches are becoming more important as to who will win the much sought after World Cup.

We've seen great nations rise to occaison while others have fought valiantly to the end seconds of the game. All the games have been individual in their own right and some have torn at the fans heartstrings like England goal which was deemed a non goal. Also other decisions which the umpires of the games have made in other circumstances.

Yet I'm sure that there are families, friends, workmates, partners that have still lost people to watching the games at all hours of the night and also day in some cases. Even I was really wrapped up in the games that Australia was playing. I found myself being awake at odd hours watching the games alone with a heater on in a really cold room. Secretly wishing I was snuggled up in bed keeping warm. Yet these damn games were getting my patriotic blood going. Go the Socceroo's!! May they win!!

I didn't see all of the last game that Australia played because i was asleep in bed. Yet i did watch the last 20 mins of the game which was lucky I thought. I was staying over somewhere and we awoke at 6am. Anyhow I thought Australia did really well and still managed to beat Serbia I think? ...Although Serbia did rally and score a goal or two. As soon as the game finished I turned the TV off even without hearing the commentator's speak. I went straight back to bed because I had to be fair on where I was staying.

So all that day until the news that night I thought Australia had won and was still in with a chance for the cup. It wasn't until we were watching the news that night I realized because of the confusing ways of counting up the points and so forth that Australia had actually lost at their chance for the cup. Even though they won by a point or two on the field that it wasn't enough to keep them in the game.

Anyway I still am interested in who is going to win the World Cup and I'm a bit sure that I might stay up and see one or two of the games. Because I still like soccer and the matches only happen every four years like the Olympics. So you might get another posting on who actually wins the Worlds Cup... You have to wait and see..... Farewell for now..
Posted by Megzz at 12:21 PM