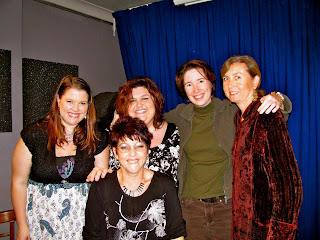 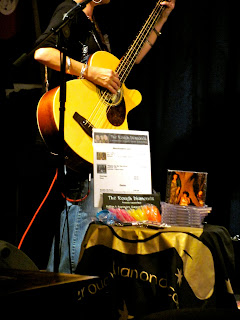 Last night on Saturday night a friend of mine and I went to the Mars Hill Cafe in Parramatta. We went to see a group called The Rough Diamonds who are an Australian trio of three sisters.

I've known about them for a few months and how they've released a new album in March.

Also another interesting fact that this year they are donating 20% of their profits to a cause that they have chosen together. The one that they chose this year is 'Autism & Asperger's Support Group Inc.

The group is an invaluable resource for parents, carers and individuals that are affected by Asperger's and ASD's or Autism Spectrum Disorders. With the group it also helps to spread awareness as well out into the wider community. So it is filling a much needed hole out there for people, carers and families that are battling out there seemingly alone.

With finally seeing The Rough Diamonds at last in an intimate concert it was really refreshing just to hear some wonderful music from these girls. They also sang some really moving songs which touched me greatly along with some funny songs with true Aussie humour.

Also finally meeting the group in person was amazing because I'd been looking forward to seeing them for the last month or so. On Facebook I had been looking at what gigs had been coming up and when I saw it say Parramatta...then I was stoked. So i took a friend of mine Caz along with me and it show us in one of the pictures with The Rough Diamonds.

Caz was also really impressed with what she saw and we came away with high praise for these amazing girls. I am really touched by what they are doing and have been achieving in the process. So go The Rough Diamonds!!!

Down below I've also included the links so you can have a look yourself: